Visions of a Renaissance 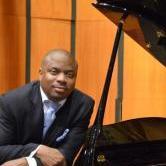 By maestrowick
January 3, 2017 in Orchestral and Large Ensemble