Help me for writing Nocturne and Waltz 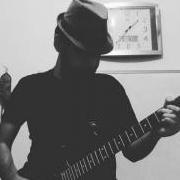 By Muhammadreza,
October 5, 2017 in Composers' Headquarters