Prelude no. 1 in D Flat Major 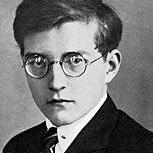