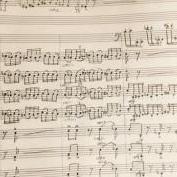 By Leonardo C. Núñez,
June 11, 2020 in Orchestral and Large Ensemble