piano and clarinet To The Stars - for Piano and Clarinet. 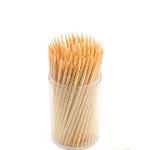