Spectral Techniques : Analysis of a composition 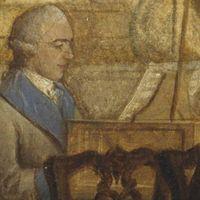 By OliverSmith,
September 24, 2020 in Music Appreciation: Suggest Works or Articles