The finale of my string sextet 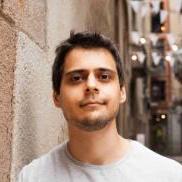 By Snake_Cake,
April 29 in Incomplete Works; Writer's Block and Suggestions