Your Favourite Dance-Form and Sample of Such? 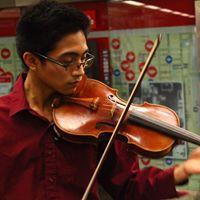