Restrictions of Language in Vocal Music 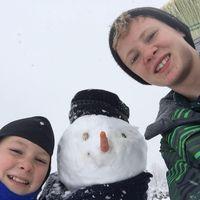 By Charlie Carroll,
August 12, 2017 in Performance