I'm having trouble writing piano accompinaments, how can this improve? 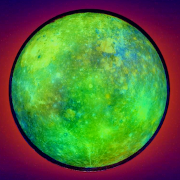 By mercurypickles,
November 20, 2021 in Composers' Headquarters