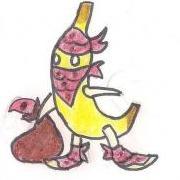 Baron von Munchausen, Or, Munchausen's Narrative of His Marvellous Travels and Campaigns in Russia

By Noah Brode, March 12, 2017 in Orchestral and Large Ensemble