Symphony No. 2 Movement I 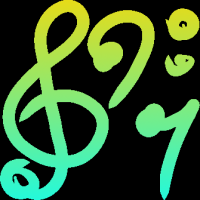 By kylebnjmnross,
March 30, 2018 in Incomplete Works; Writer's Block and Suggestions