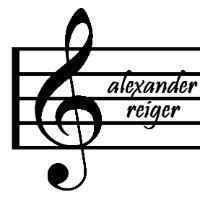 By Alexander Reiger,
November 29, 2020 in Orchestral and Large Ensemble