What is currently your favorite piece of music? 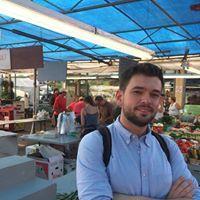 Boléro by Ravel. It's amazing!!!